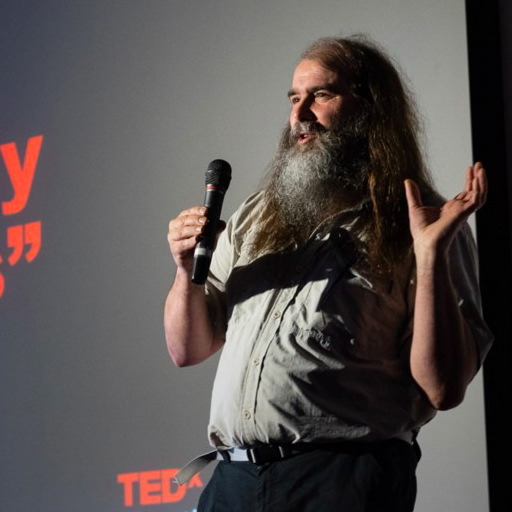 Alan is a Professorial Fellow at Cardiff Metropolitan University and Director of the Computational Foundry, a £32.5M project of Swansea University, Welsh Government, and the European Commission to promote ground-breaking digital research with a real impact on society. He is known principally for his work in human–computer interaction including writing one of the key textbooks in the area and he was elected to the ACM SIGCHI Academy in 2013. Outside academia, Alan has been co-founder of two tech companies, developed intelligent lighting, worked in local government and even submarine design.

In every role, he seeks to understand and innovate in all aspects where people and technology meet.  His interests range from formal methods to design creativity, including topics like privacy and mobile interaction, and machine learning.  This year his new book, “TouchIT: Understanding Design in a Physical-Digital World”, is being published by Oxford University Press on the design of physical-digital products and he is working on another book on AI for Social Justice building on the UK’s recently completed Not-Equal network on the digital economy and social justice.

Keynote ETIS: Beyond the Wireframe: tools to design, analyse and prototype physical devices

For many years interaction design was driven by the abstractions of WIMP (windows, icons, menus, pointer). The details differ on desktop applications, web pages or smart-phones and the ‘pointer’ has evolved from mice to trackpad and touch-based interactions, however, for many digital applications, the central aspects are unchanged. What is different is that the screens we encounter, as Weiser predicted, are everywhere: embedded in physical appliances such as showers and toasters and situated in office walls and building facades. Furthermore, we are often engaging with digital applications that have no obvious screen or where the screen if present is only a small part of the interaction; these include voice assistants, semi-autonomous vehicles, and smart cities.
Even where the dominant interaction is focused on a screen, the nature of the interactive experience is fundamentally affected both by the places where we interact and by the physical activities we are doing: using a smartphone while sitting in an armchair and watching television, is very different from thumbing a quick message whilst walking down a busy city road on a rainy night.
In this talk I will describe several design techniques and prototype tools that seek to address the physicality of digital interactions including the physical nature of the device itself and the physical context in which it is placed. This will include ‘soft’ formal methods to describe physical aspects of devices, ways to use video to model physical prototypes during early design and tools to encourage designers to keep the context of use in mind even when working on largely screen-based interactions.
The talk will draw on some long-standing work, parts of the recently published book ‘TouchIT: Understanding Design in a Physical-Digital World’ (co-authored with Steve Gill, Devina Ramduny-Ellis, and Jo Hare) and the InContext project (in collaboration with Miriam Sturdee and Anna Carter). The latter arose from the realisation that despite the vast number of design tools available, nearly all focus entirely on the screen and wireframes. We are asking “what is the Next Generation of UX design tool?” – perhaps you would like to join this conversation.